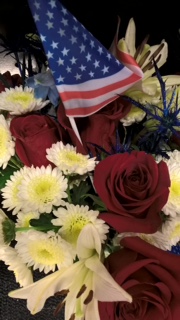 September is a bittersweet month for me. It is filled with celebrations of life as there are multiple Virgos in my immediate family, including myself and my mom, but it has also become a time of remembering death. Fifteen years ago, on September 11, 2001, I was staring out of the window at University of North Carolina Hospitals. My birthday was the next day, but it was overshadowed with wondering how I would survive the 12 hours days with my full-time internship in the psychiatric ward and my part-time job in admissions at night. Not physically, but mentally. It was the first time I'd been back there since my dad’s sudden cardiac death four years earlier in September of 1997, just a few days before he would have some time off and could celebrate a belated birthday lunch he had promised me. Ironically, I saw him in passing traffic as I sped to work just hours before his death and we waved and smiled. He pointed his finger like I was busted for driving too fast and I couldn’t wait to meet up again and laugh about it, but that was not to be. I was called out of work and told to rush to home that afternoon. Mom was waiting there to drive me to the hospital and would only say that my dad had been admitted. When we arrived, the staff who knew him had looks of pity on the path to the room where the doctor tried to explain to me that Dad was gone. He not only died there, but had worked there for over 20 years. It was a hard day for many of his colleagues and I cannot fathom how they felt being there over the weeks that followed. Since he worked the night shift, I often had to drop by there to be able to see him at all, so that place had always been a big part of my life.

Being back there again was hard. His memory was in every nook and cranny, as I used to walk around with him on his safety checks of the building at times and I had avoided dealing with the reality of him being gone, but here it haunted me and it was all I could think about. On this particular day, those thoughts were shook by death of a different kind. The television hanging on the wall was blaring with.reports of death of an unimaginable magnitude. America was under attack and my day had just become even harder, but then I realized it was no longer just about me. September had forever become a time of grief for my entire country. Even in times of political and racial division, September still brings our hearts and minds together, if just for one moment of silence when the bell tolls. As the fifteenth September 11th since 2001 comes to a close, I pray that closure will come in more ways than one and that it will transition from a time of mourning to a time of dancing. Celebrating that we were once privileged to know those souls that we lost. Remembering the lives once abundant and asking "O Death, where is your sting...?".